I’m the same age as Clinton and Bush, but far, far, less famous (or should I have said infamous). This photo was taken on my 60th birthday.  I’m one of the original ‘baby boomers’.

I am a Massachusetts native. I went to college in New York. I am an engineer by profession.

I have considered the American government from the perspective of Justinian’s Maximums of the law which, to paraphrase, say that fundamentally “Justice is preventing others from causing others harm, loss, or injury” and also that disproportionate punishment is wrong. I also found the effort to conform justice to these goals was fundamentally lacking in American government.

I have also considered the American government from the perspective that they should be making an effort to increase happiness in their country. I have found that effort to be lacking.

The goal of this site is twofold:

1.) Promote better government and justice in America and the world.

2.) Interest people in starting Utopian City-States that are as disconnected from present world governments as possible. 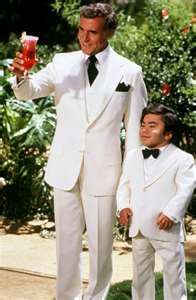 One possible real Utopia would be very similar to Fantasy Island. People would come to this Utopia to live out, perhaps several years, a fantasy somewhat more feasible than some on the hit show.

Prior to the long-running original series, Fantasy Island was introduced to viewers in 1977 through two highly-rated made-for-television films in which Mr. Roarke and Tattoo played relatively minor roles. Airing from 1978 to 1984, the original series starred Ricardo Montalban as Mr. Roarke, the enigmatic overseer of a mysterious island somewhere in the Pacific Ocean (presumably near Hawaii) where people from all walks of life could come and live out their fantasies —
for a price.